A segway is a self balancing personal transporter that you stand on and lean forward or backward to go. A Segway has sensors under your feet that sense your balance and work with gyros and sophisticated moterboards and electronics in order to keep and maintain your balance while standing and riding. 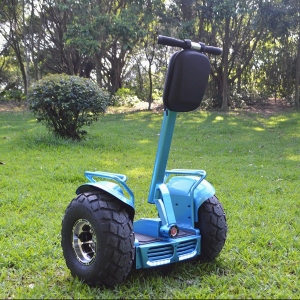 The segway was originally invented by Dean Kamen back in 2001 and shown to the public for the first time on ABC’s Good Morning America. Jim Heselden eventually bought out segway in 2009 and all it’s patents. Then Segway was bought out again in 2013 by Summit Strategic Investments LLC. Segway has recently been sold yet again to a chinese manufacturer along with all it’s reported 400 patents. A chinese manufacturer? How did this come about? Segway accused several manufacturers and a few distributors of patent violation and infringement so one of the manufacturers called ninebot in china whom they were accusing of patent violation bought them out for a reported 80 Million dollars.

Cruising around on the z1-d plus

Since segway has been bought out there have been allot of segway alternatives come to the market, some of them not so safe and dependable, as we can remember from the hoverboard fires. The market has since been revamped to only allow these segway alternatives into the usa and other countries if they meet and exceed the safety guidelines they have set in place. Some still get through convincing customers that theres are safe and in some cases they may be but they are made out of cheap material that doesn’t hold up.

Roboscooters was one of the distributors mentioned in the international trade dispute segway started back in april of 2015, as a result several manufacturers did eventually come to us and offer us our very own transporter designed and built just for us.

What is a z1-d plus Segway Style Scooter

The z1-d plus is a segway alternative that works off of balance and cost half the price of a segway for sale. The z1-d plus has 4000 watts of power, external motors for a lower center of gravity, rear break lights, emergency break lights, turn signals, and headlights.

The z1-d plus uses only the best choice pick moterboards, servos and motors ( motors are made in the usa ) And comes with a full one year warranty from a USA company located in NC

Electric Scooters for kids and adults

The z1-d plus is a nice electric scooter for kids and adults alike. The z1-d plus segway is very safe and dependable or else we wouldn’t let our children on them. Our kids are experts and have been riding since before they could walk, so we consider them experts when it comes to riding a segway or segway alternative type transporter.

Not everyone will be able to just hop on a segway and go like you see in the videos, some people take more time in order to get that ahaaa moment, some just take more practice than others, but once you have it down, it’s like riding a bike, you never forget.

Below and above we have several videos of our children zipping around on the z1-d plus….. If they weren’t safe and dependable we sure wouldn’t let them on it.

Good for Kids/Children and adults

The z1-d plus electric scooter can even be ridden by small children and kids.  The z1-d plus is one of the safest transporters we offer at roboscooter.

We have many different styles of electric scooters for children and adults at roboscooters. If you’d like more information and to order just visit the links below.